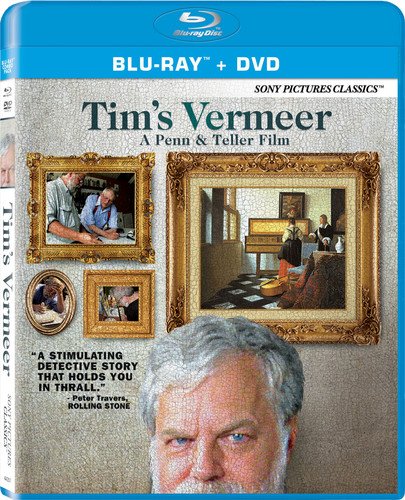 Tim Jenison, a Texas-based inventor, attempts to solve one of the greatest mysteries in all art: How did Dutch master Johannes Vermeer manage to paint so photo-realistically 150 years before the invention of photography? Spanning a decade, Jenison's adventure takes him to Holland, on a pilgrimage to the North coast of Yorkshire to meet artist David Hockney, and eventually even to Buckingham Palace. The epic research project Jenison embarks on is as extraordinary as what he discovers.

Guacamole was made by the Aztecs as early as the 16th century. The name comes from an Aztec dialect via Nahuatl āhuacamolli, which literally translates to «avocado sauce», from āhuacatl (avocado) + molli (sauce). In Mexican Spanish it is pronounced «waka mole».

A taco is a traditional Mexican dish composed of a corn or wheat tortilla folded or rolled around a filling. A taco can be made with a variety of fillings, including beef, chicken, seafood, vegetables and cheese, allowing for great versatility and variety. A taco is generally eaten without utensils and is often accompanied by garnishes such as salsa, avocado or guacamole, cilantro, tomatoes, minced meat, onions and lettuce.

Tequila is a distilled beverage made from the blue agave plant, primarily in the area surrounding the city of Tequila, 65 kilometres (40 miles) northwest of Guadalajara, and in the highlands «Los Altos» of the western Mexican state of Jalisco.