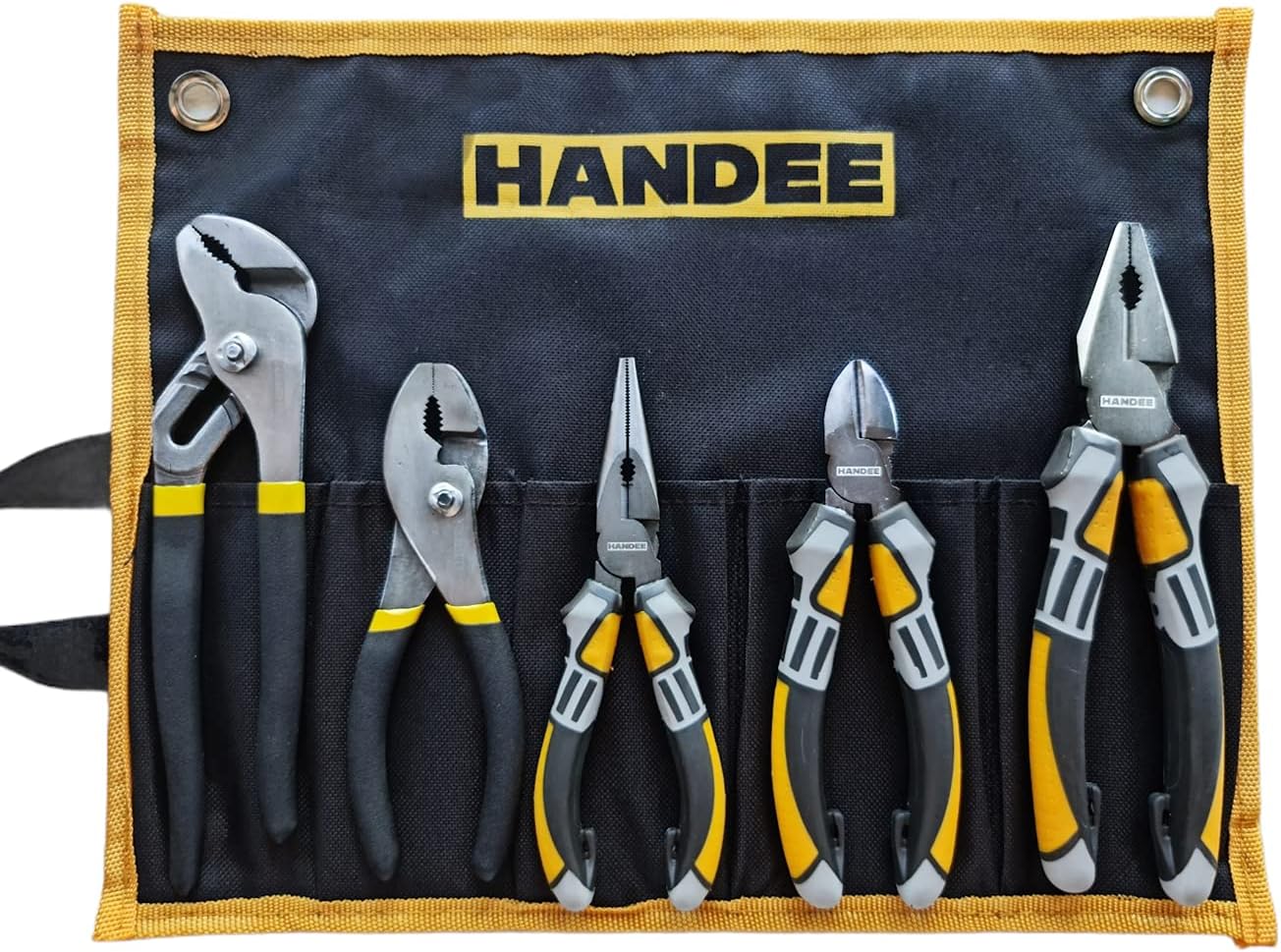 YOUR TOOLKIT IS INCOMPLETE IF YOU ONLY HAVE 1 PAIR OF PLIER.

Pliers are a must-have work tool for any mechanic, carpenter, plumber, or handyman.

At Handee, we engineer tools around function, comfort, and value-for-money. From tip to handle, each of our pliers is manufactured to achieve what matters most â getting the job done efficiently.

The 5-Piece Pliers Set by Handee prepares you for tough repairs and construction work.