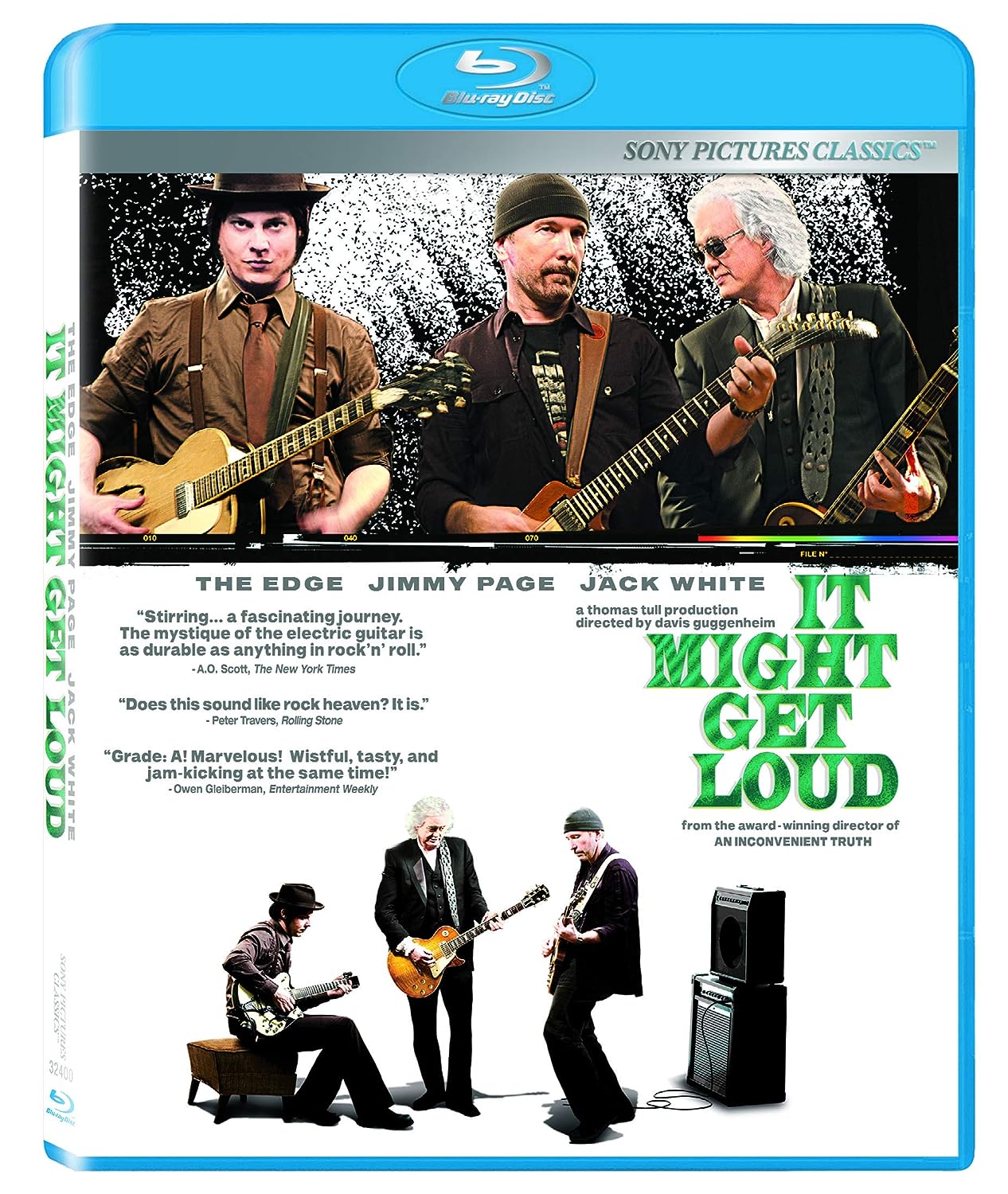 Three generations of rock guitarists come together for It Might Get Loud, a 2009 documentary directed by Davis Guggenheim (An Inconvenient Truth). These are not just your garden-variety guitar gods: Jimmy Page, in his mid-'60s at the time of the film, founded Led Zeppelin, who dominated the 1970s following the breakup of the Beatles. As a member of U2, 48-year-old David Evans, better known as the Edge, created one of the most distinctive and influential sounds of the past quarter century. And 34-year-old Jack White (of the White Stripes, the Raconteurs, and the Dead Weather) was described by one music publication as "the most significant rock 'n' roll figure of the past ten years." Guggenheim, who followed the three around for the better part of a year, takes us into their individual lives, past and present. There are shots of Page as a young London session musician, with the Yardbirds and Zeppelin, at Headley Grange (the estate where much of the fourth Zep album was made), and at home with his record collection. The Edge takes us to the Dublin classroom where U2 first rehearsed, as well as to the practice room he uses now (never a virtuoso soloist, he developed a style based on texture and a mind-boggling array of effects); and White, whose insistence on authenticity is admirable but perhaps a tad self-conscious, constructs a "guitar" from a plank of wood, a piece of wire, and a Coke bottle (he also plays a recording by the primitive bluesman Son House, featuring just voice and handclaps, that White says is still his biggest inspiration). The three also converge on a Hollywood sound stage, where they chat and a do a little jamming on Zep's "In My Time of Dying" (with all three playing slide guitar) and the Band's "The Weight." It's hard to say if the film's appeal will extend beyond guitar freaks and fans of these particular bands, but at the very least, It Might Get Loud offers some interesting insight into the soul and inspiration behind some of pop's best and most popular music. "em"--Sam Graham